Frequently eclipsed by the sheer struggle for physical well-being are those aspects of life from which higher inspiration is drawn. The spirit moves man to accomplishment against obstacles he may otherwise judge insuperable. During past millennia of recorded civilization the performing arts have prompted man to realize his inner potential in a manner matched by few other influences except religion.

Throughout the Philippine Archipelago only in this century with the coming of modern transport and communication have most individuals found an opportunity to participate in a truly national consciousness. Commerce, education and politics dominated this emerging Filipino identity for many decades.

Meanwhile, a nucleus of artistically creative pioneers encouraged their fellow countrymen to seek a deeper understanding of themselves. Upon foundations they built, today's generation can enlarge the public arena in which theater, music and other performing arts become a relevant experience to the majority.

Following in the path marked by founders of drama groups like Severino Montano, Wilfredo Guerrero and Lamberto Avellana, CECILE GUIDOTE has added new dimensions to Filipino theater. Born 29 years ago to a mother who supported her family as a nurse after the death of her guerrilla captain husband during World War II, she early showed precocious talent. Later, teaching at St. Paul College in Manila and studying at the State University of New York and the Dallas Theater Center in Texas, she devised a practical program for a national theater. Organized in 1967, this became the Philippine Educational Theater Association, known familiarly as PETA.

While many have devoted abilities and time to PETA and its emphasis upon theater for education, CECILE GUIDOTE, serving as Executive Director, has totally dedicated herself to its purposes, despite inadequate funds and other handicaps. A "Theater in the Ruins" at Fort Santiago is only one among numerous PETA efforts to make drama an integral part of Filipino life. Consequential for both young and adult thespians are PETA's training courses in writing, staging, directing and acting. These frequently focus upon realities of today but insist that dramatic excellence comes first.

For culturally deprived rural Filipinos GILOPEZ KABAYAO, playing the violin and occasionally the piano, has opened musical vistas they would not otherwise have known. Son of a prosperous doctor-farmer, he learned first to play the violin from his father and the piano from his mother. Eventually training under American, Italian and French masters, he became an international virtuoso, invited to perform with the Vienna and Tokyo Symphony Orchestras and at Town Hall in New York. Nevertheless his major effort since 1952 has been devoted to bringing fine music to his own people. From schools in Panay, Bicol and Mindanao, to cockpits in Negros and Romblon, improvised stages in Mountain Province, and a boxing ring in Cebu, he has purposefully given of his talent, often contributing the gate proceeds to community projects.

GILOPEZ KABAYAO thinks of music as much more than entertainment. In a world that hardens men and women, he is convinced their callousness can be overcome by the "soothing, elevating, humanizing and divinifying power of music." Accompanied on the piano sometimes by his mother or sister, this 42-year-old violinist has won a tremendous response from diverse audiences throughout the islands. Patiently, he has taught students wherever he goes the theory of music and encouraged them to play instruments.

In their separate yet complementary ways these two gifted Filipinos have demonstrated that the quality of life can be enhanced for a people by individuals who care and who school their artistic talents to this purpose.

In electing CECILE REYES GUIDOTE and GILOPEZ KABAYAO to share the 1972 Ramon Magsaysay Award for Public Service, the Board of Trustees recognizes their leadership in the renaissance of the performing arts, giving a new cultural content to popular life.

My father died before I was born. He joined the guerrilla movement and dismissed the fears, tears and anxieties of my mother with the urgent explanation of fighting to give us the gift of freedom. I often wondered about him. My father left me a shining legacy of giving, loving, and fighting for one's convictions. He was medal-less, but he is my hero. Even as a child, as his daughter, I was resolved to define and seek my own service to our people.

At the age of 16, working at the Orthopedic Hospital, I was deeply impressed how a frail, shy girl on crutches, whose hands were sweaty, whose eyes were downcast, who could speak inaudibly only through trembling lips, found herself. She blossomed into a beautiful character on stage, acknowledging the cheers of the other patients who were a most enthusiastic audience. The wonder-therapy for her incredible personality development and social adjustment was drama.

A further realization of theater as a formidable means of influencing thought came into focus while I was working with teenagers as a constructive reaction against the rise of juvenile delinquency. It was noticeable that participants' sensitivity, flexibility, imagination, creative facilities and expression were being cultivated as we continuously developed weekly original TV dramas. These dramas functioned not merely as a platform for entertainment, but also as an arena for social action where youth's present problems and future goals were discussed to provide consciousness expansion.

Surely, if the scope was broadened, if we had a national theater movement truthfully articulating our people's thoughts, feelings, values and aspirations, if we could develop and encourage theater artists to draw from the wealth of indigenous folklore, legends and ethnoepics—to understand them, to teach from them and to improve upon them in order to provide a knowledge and understanding of the region's temper, tradition, figures of speech, and historical trends yet striving to reflect the time in which we live—then we should also be a nation.

This is where I found meaning to serve, to care and to be involved. My goal became to initiate and develop a network of theater arts programs for enriching curriculum and educational techniques for community development of creative human resources. Such programs could enhance the rehabilitation of workers, farmers and prisoners and provide specialized workshops for out-of-school youth, adult illiterates, the mentally retarded and the physically handicapped. They could also contribute to the integration of our ethnic cultural communities.

My associates and I aspired to provide the necessary high calibre program to encourage, train, promote, disseminate and coordinate professional excellence, artistic skills, research, meaningful expression and experiments within the context of the indigenous Philippine cultural heritage and the richly varied Asian theater traditions. Our movement aimed to build bridges of goodwill to the rest of the world, particularly in the absence of diplomatic arrangements or where political negotiations remained unsuccessful.

In the face of such great objectives and so little finances, a superior type of manpower rose to the challenge as artists were inspired to work for a newer, more vibrant Philippine theater.

Its most heartwarming for us that the Ramon Magsaysay Award Foundation has manifested faith in, and now gives testimony to, the enormous power of theater arts for the public good in our country.

The joy of this Award is shared by all who unselfishly gave their time, talent and energies, and lent encouraging support to the concerted struggle to establish a theater, not for the coterie and the elite, but for the masses—drawing meaning and power from the lives of Filipinos, speaking in the language of our people. The honor belongs to all in PETA who joined in the determination to displace the false attitudes attached to theater arts as personal exhibitionism and social frivolity by projecting theater arts as public service, effectively applying it as a creative force in evolving and strengthening nationhood and advancing our national development, complementarily utilizing it as a dynamic vehicle for promoting regional friendship and cooperation, as well as international understanding and peace.

Avenues have been opened and directions set with efforts for a Central Institute of Theater Arts in Southeast Asia and a responsible position in the Third World Project of the International Theater Institute. But the search for and creation of a vital theater that meets the needs of our people is a continuing lifetime process. To this vision we are pledged. It is an art which relies upon the work of many collaborators, united and disciplined but free in order to thrive.

We can only express our deep appreciation to the Ramon Magsaysay Award Foundation for its interest, concern and attention through a strengthening of our commitment. Please know that the Award has given us more courage and greater impatience to tap and guide the vast potentials of our people so that, eventually, the curtains will rise everywhere in the country on theater at its best—"a factory of thought, a prompter of conscience, an elucidator of conduct, an armory against despair, dullness and repression, a temple of the ascent of man." 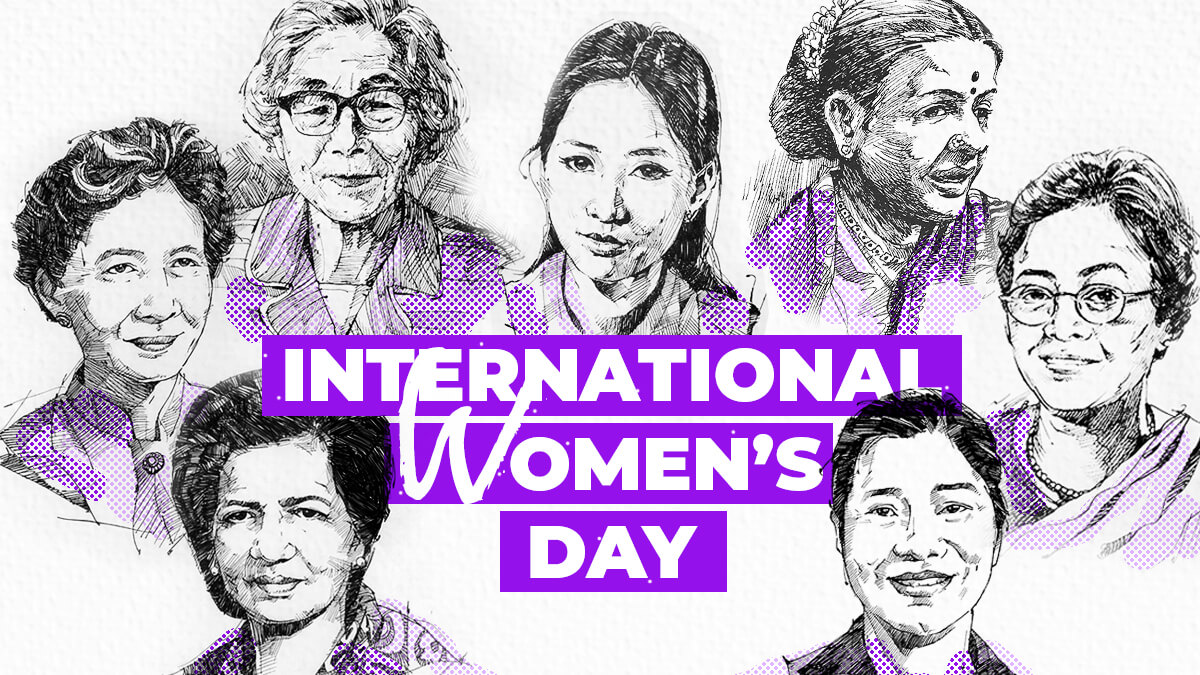