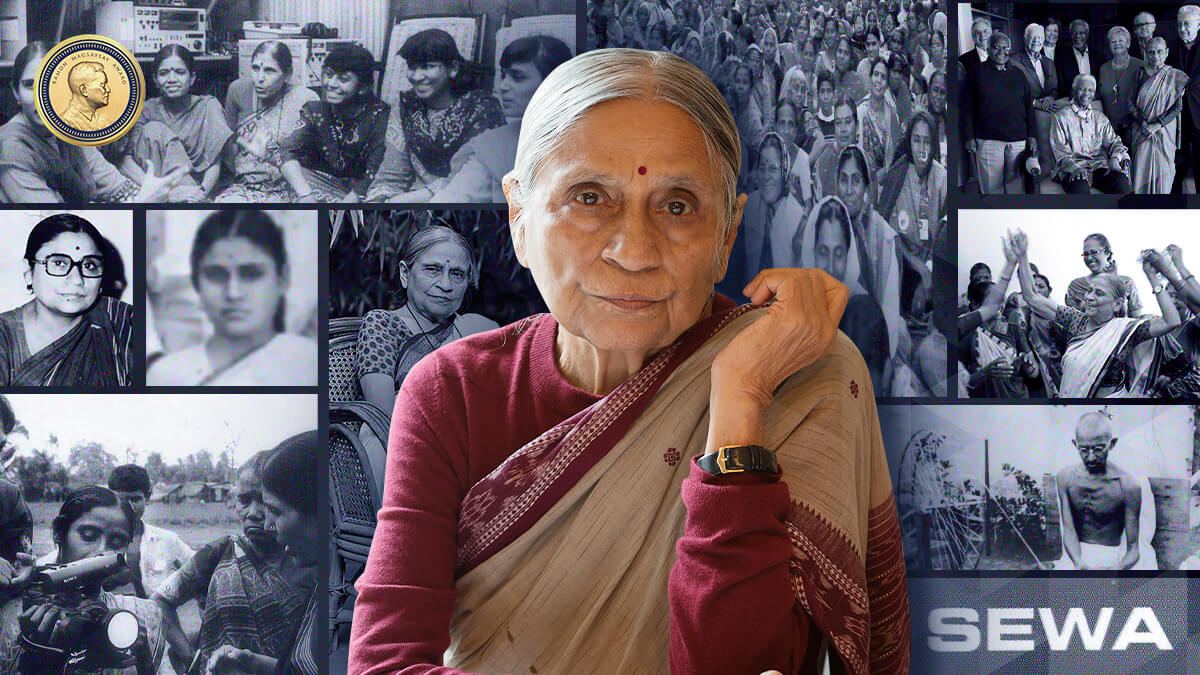 Last November 2022, the world lost one of its leading voices in women empowerment and social justice, ELA BHATT. A much revered Indian community organizer and activist, she gained international prominence and recognition for her resolute championing of women’s and laborers’ rights.

In 1977, ELA BHATT received Asia’s premier prize and highest honor, the Ramon Magsaysay Award, for “making a reality of the Gandhian principle of self-help among the depressed work force of self-employed women.”