In 1977, the UN General Assembly proclaimed 8 March as the official day of commemoration of women’s rights and world peace, or what we now celebrate globally as International Women’s Day (IWD).

This year’s IWD theme is 'breaking the bias,’ working towards a world free of stereotypes and without discrimination, a world that is diverse, equitable and inclusive where difference is valued and celebrated.

Since 1958, the Ramon Magsaysay Award has celebrated women’s invaluable contribution in making Asia a better place for all. These women leaders – Ramon Magsaysay laureates have broken many biases and have proven themselves to be effective channels of change in their respective societies.

To date, a total of 75 women have received Asia’s premier prize and highest honor. Below are seven transformative women leaders who are excellent reminders of women’s ability to break biases, break barriers and break glass ceilings all for the common good.

A feminist whose efforts toward the development of women's rights in Thailand earned her the title Steel Lotus Blossom, NILAWAN PINTONG shuns publicity, is seldom photographed, and, yet, her competence, dependability and sound judgment are recognized by persons from all walks of life who seek her advice. 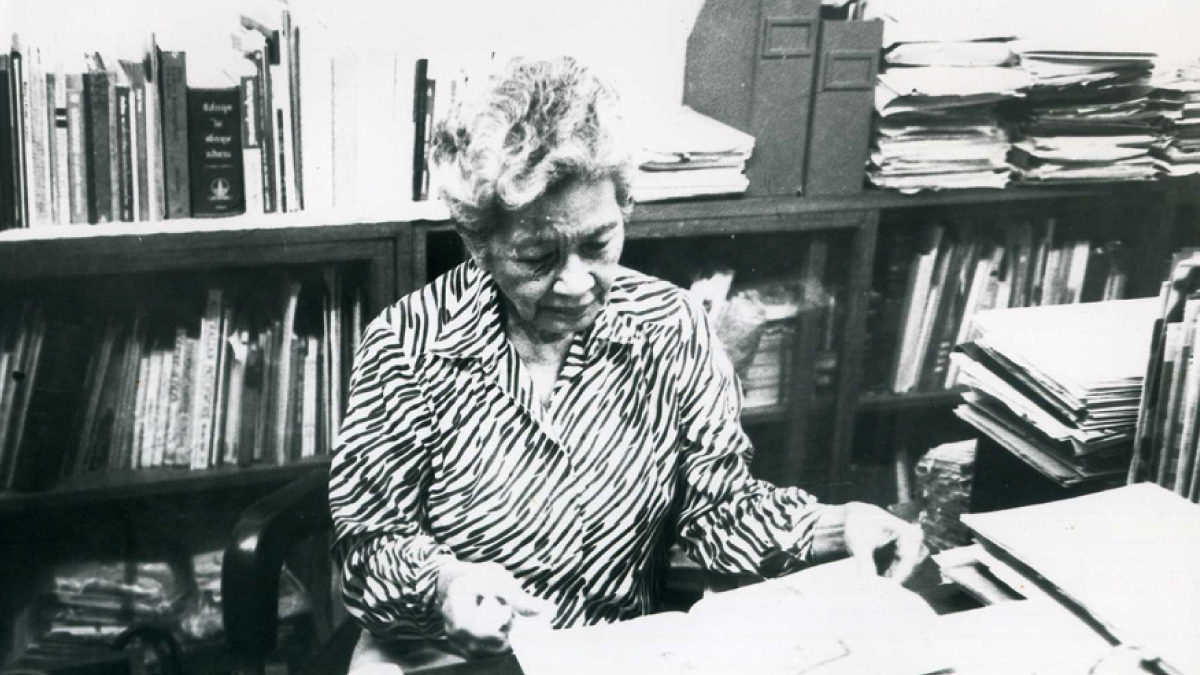 PINTONG chose the challenge of schooling the women and youth of her country to become useful citizens exercising initiative in public affairs. She helped build a magazine that would foster a greater community consciousness among Thailand's women. From this beginning grew also a youth magazine, a news weekly and a series of radio programs—all championing a new awareness of civic needs.

In 1961, NILAWAN PINTONG received the Ramon Magsaysay Award, Asia’s premier prize and highest honor, for “her volunteer participation and leadership in developing constructive civic enterprises that have given women a new and creative role in Thailand.”

FUSAYE ICHIKAWA worked as a village school teacher, a news reporter, a stockbroker’s clerk and a labor union worker before she became the founder of the pioneering New Women’s Association that sought in raising women’s status in 1918.

She then joined the Tokyo branch of the International Labor Organization (ILO) where she directed the Women’s Committee in winning prohibition against female labor on factory night shifts and in underground mines. After hours, she was the mainstay of the League of Winning Women’s Suffrage and the Women’s Problems Research Council.

During WWII, ICHIKAWA and her co-workers protested the fascist trends and addressed themselves to solutions of problems created for women by the war. Following Japan’s surrender, she was elected leader of the New Japan Women’s League that became the League of Women Voters after women’s suffrage was granted under the directive of the Allied Occupation. 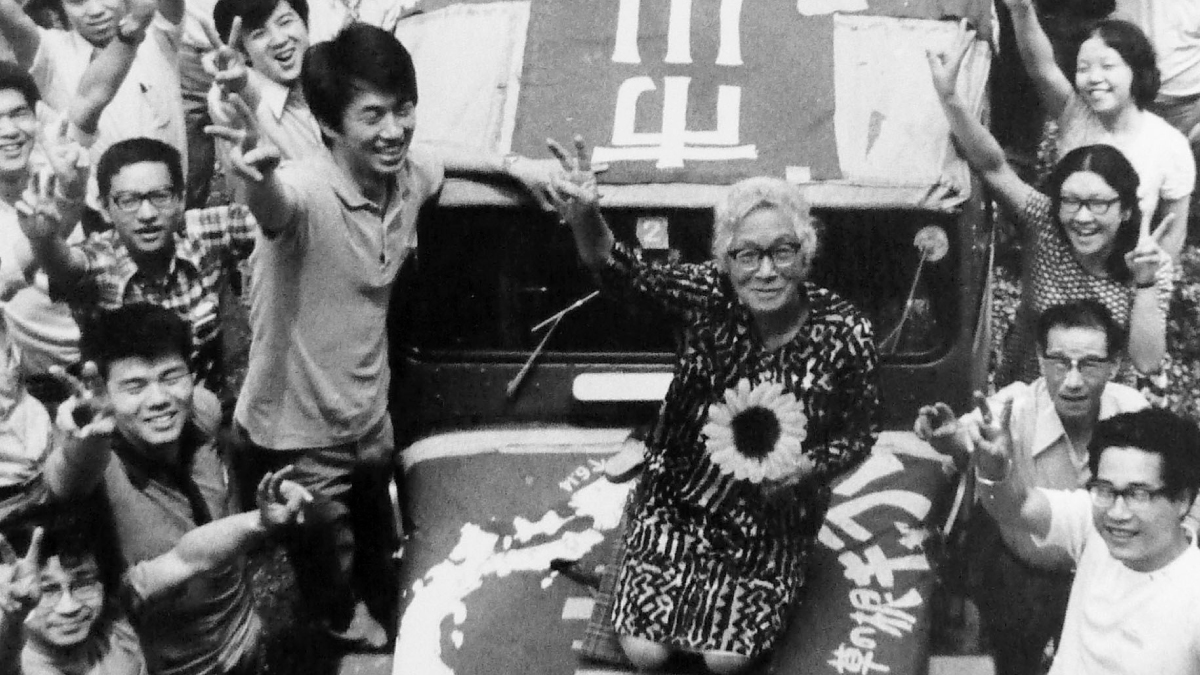 She led the campaign against licensed prostitution and helped found a Fair and Clean Elections Association to safeguard the franchise. In 1952 she won the election as an independent to the House of Councilors, the upper house in the Diet.

Serving 18 years in the Diet, ICHIKAWA consistently opposed pay raises for members and lived frugally. Out of office for three years, she was re-elected to the Diet in July 1974 due to the insistence of her supporters, particularly the young, in recognition of her service to Japan’s women, conscience and political morality.

A Filipina theater artist, CECILE GUIDOTE-ALVAREZ received the Ramon Magsaysay Award when she was 29 years old, making her one of the youngest laureates to ever receive Asia’s premier prize and highest honor. 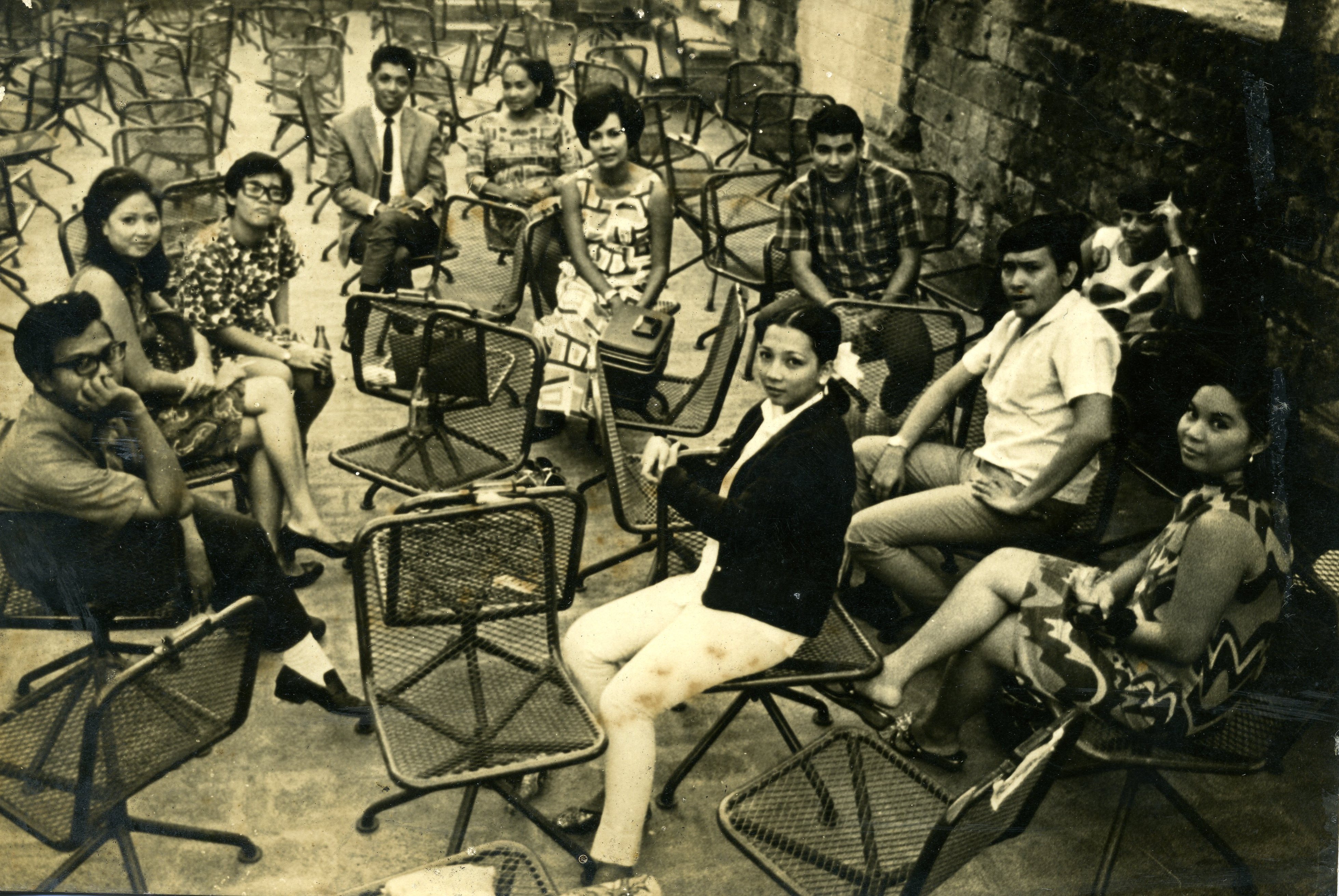 PETA believes that theater should be “not just a place for public entertainment nor a forum for intellectual debate, but a stream where the country’s heritage flows, enriched by the current of contemporary thought, concepts, and beliefs.” To achieve this, PETA fosters both young and adult thespians by training them in writing, staging, directing and acting.

The Ramon Magsaysay Award was conferred to CECILE GUIDOTE-ALVAREZ in 1972 for “her leadership in the renaissance of the performing arts, giving a new cultural content to popular life.” 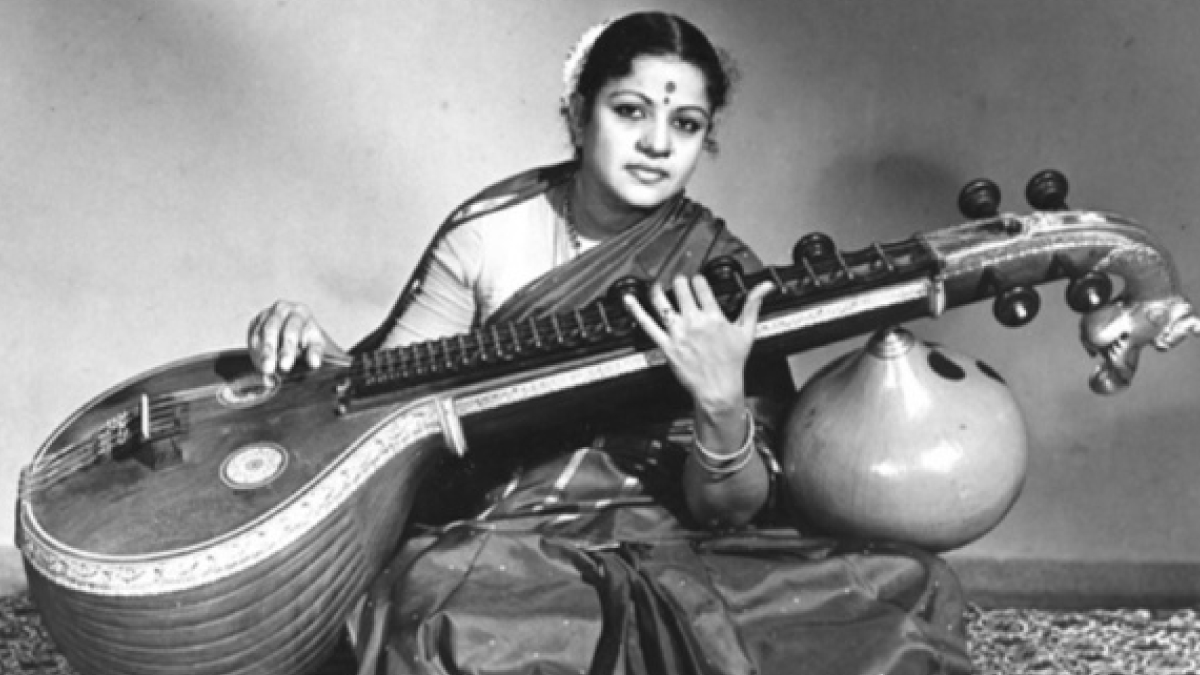 Srimati M. S. SUBBULAKSHMI was the leading exponent of classical and semi-classical songs in the Karnataka tradition of South India.

At 10 years old, SUBBULAKSHMI began accompanying her celebrated mother’s singing and veena playing. With her enchanting voice, SUBBULAKSHMI became a soloist at the age of 17.

As SUBBULAKSHMI’s versatility encompassed Hindustani classics of North India and folk songs of many regions, her following grew far beyond the South, and her voice eventually became an instrument for public causes.

She performed to packed venues wherein she charges low entrance fees so as to deny no one the joy of her songs. SUBBULAKSHMI has contributed her concerts’ proceeds (equivalent to US$ 1,000,000) to foundations for the poor, hospitals, orphanages, schools, and music and journalism institutes. 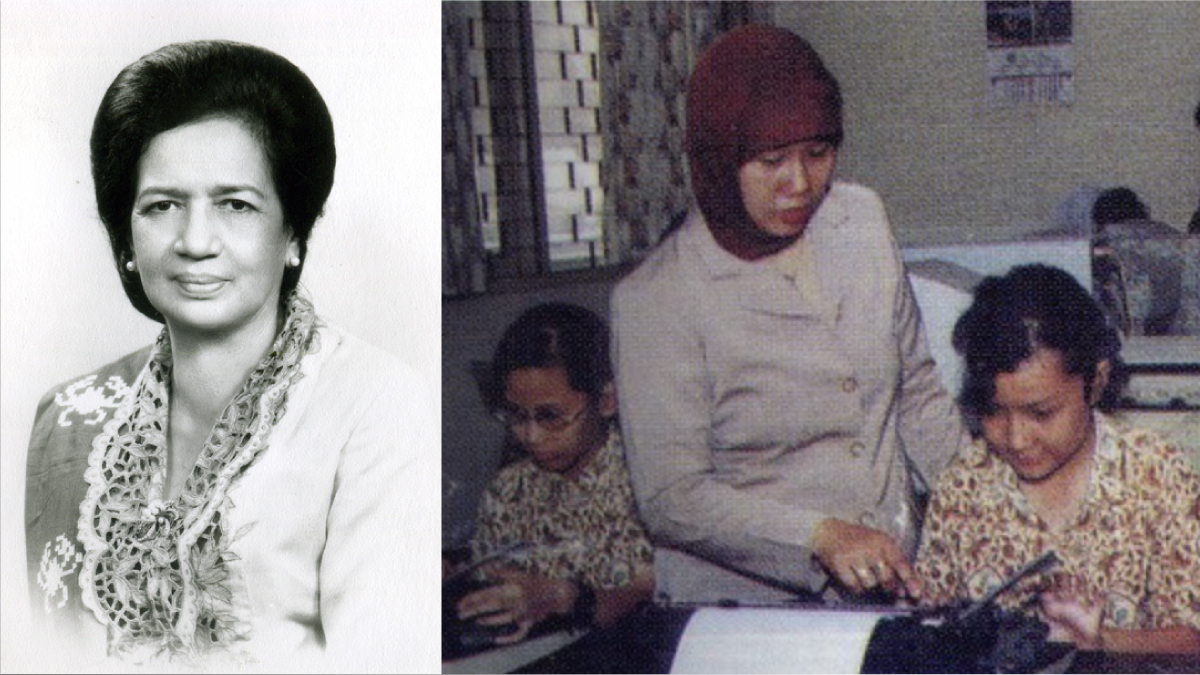 Working together are the Muhammadiyah and Aisyiyah — major Muslim organizations for men and women respectively, the Red Cross, Bishops' Conference, National Council of Churches, Hindu Dharma Council, several federations for the handicapped and similar nonprofit associations. The organizational approach Mrs. NASUTION initiated in Jakarta 18 years ago became the model for The National Council.

JOHANNA SUNARTI NASUTION received the 1981 Ramon Magsaysay Award for "her leadership of a volunteer movement, institutionalizing social services through cooperation by diverse civic and religious groups, schools and government agencies.”

Bangladesh is a patriarchal society. A great number of Bangladeshi women accept this as the natural order of things. ANGELA GOMES does not. A Christian in largely Muslim Bangladesh, GOMES resisted an early marriage. Instead, she became a teacher at Sacred Heart School in Jessore and was there drawn into Catholic charity work in the city slums. 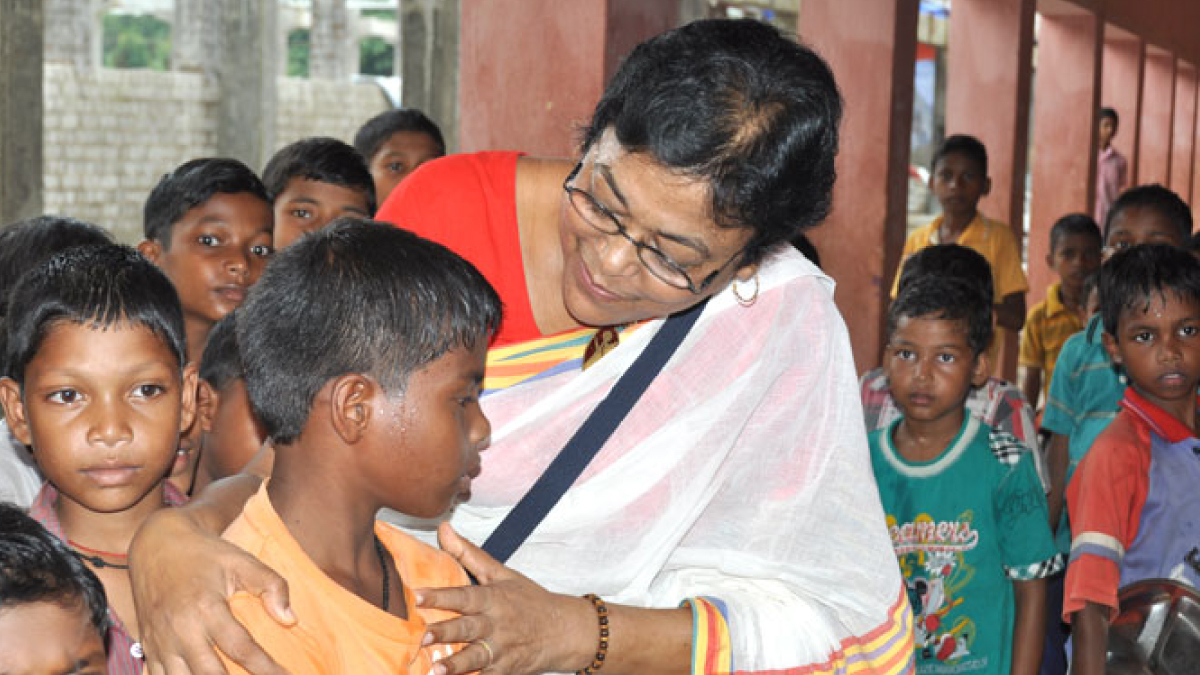 In 1977, GOMES began forming women into small groups and teaching them how to make jute crafts and other products to sell. Then she taught them how to raise chickens, how to make fishponds and how to grow mulberry trees—having to learn all these things beforehand herself. These small groups eventually grew and became the organization Banchte Shekha.

ANGELA GOMES did not stop from just helping rural Bangladeshi women to have better livelihoods. Through her organization, members formed village credit societies and became birth attendants, barefoot veterinarians, and community organizers, as well as sources of practical knowledge about health care, family planning, and nutrition.

GOMES also had comprehensive interventions in village life by providing gender-awareness training and legal innovations; women and men alike are slowly making their way to a new era of gender equality.

In 1999, ANGELA GOMES received the Ramon Magsaysay Award for "helping rural Bangladeshi women assert their rights to better livelihoods and to gender equality, under the law and in everyday life."

The Philippines has trailed other Asian countries in the number of scientists, volume of scientific research, student performance levels, and the quality of its universities.

In 1999, MA. VICTORIA BERNIDO and her husband Christopher moved to the poor, remote municipality of Jagna, Bohol to run the Central Visayan Institute Foundation (CVIF), an old, struggling high school. BERNIDO says “For us, it has always been the bigger picture, the country. We both wanted to do something for the country.”

In 2002, she and her husband introduced a revolutionary way of teaching science and non-science subjects called CVIF Dynamic Learning Program (DLP). The program devotes 70 percent of class time to student-driven activities built around clear learning targets, aided by well-designed learning plans and performance-tracking tools. In the years that followed, CVIF students showed radical improvement in their performance on national scholastic examinations and university admissions tests. 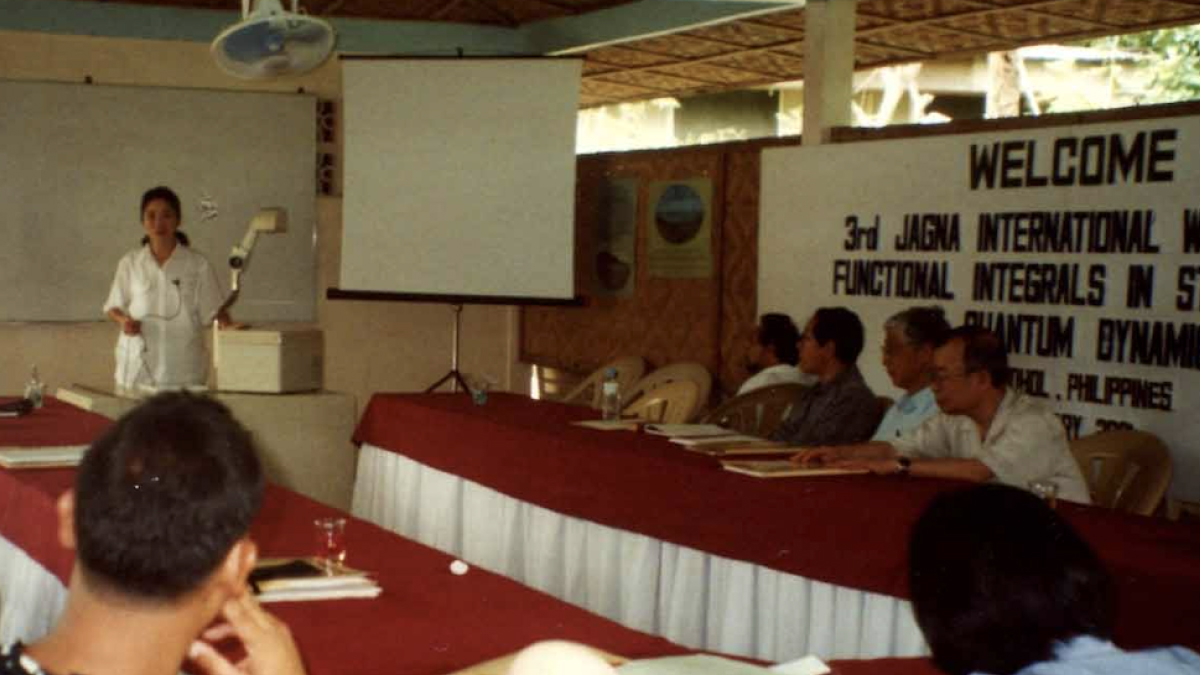 In 2006, the BERNIDO couple designed the "Learning Physics as One Nation" project, to address the problem of severe shortage of qualified physics teachers. The project is now implemented in over two hundred private high schools, on top of the many other schools that have independently adopted the DLP model.

In 2010, MA. VICTORIA CARPIO BERNIDO, together with her husband Christopher Bernido, received Asia's premier prize and highest honor for “their purposeful commitment to both science and nation, ensuring innovative, low-cost, and effective basic education even under Philippine conditions of great scarcity and daunting poverty.”